We are calling for submissions from our Alumni to be featured in our bi-annual editions of our School magazine, 'The Chronicle'.

Do you know a KWS graduate who is shaping society, their career or having a positive impact on other people’s lives? We want to hear about them! Submit your story idea here. 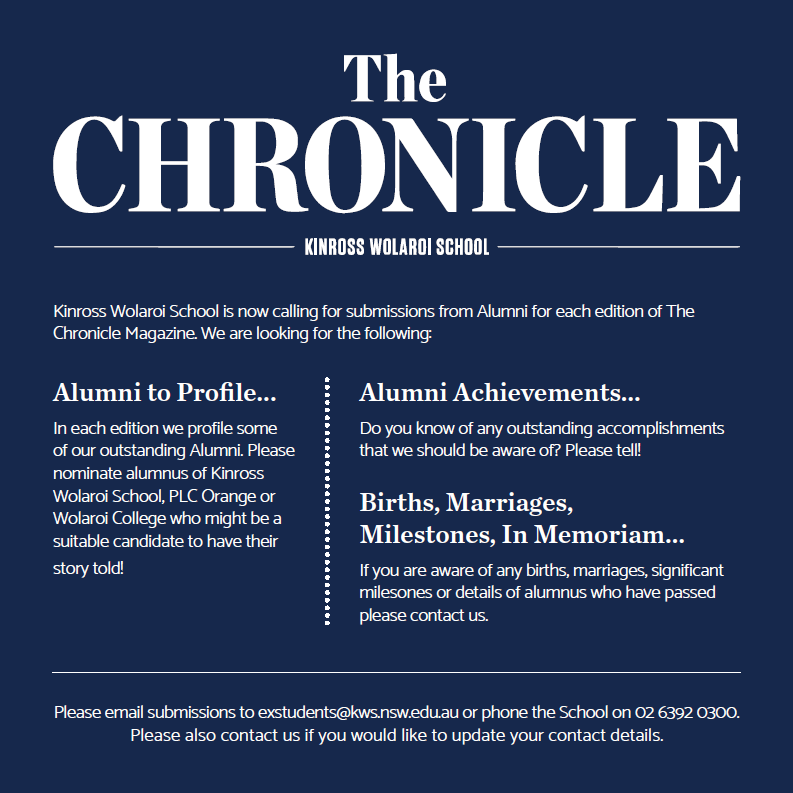 This list may be incomplete, if you have any information that may led to the inclusion of further notable Alumni members, please send an email to exstudents@kws.nsw.edu.au; The submission will then be evaluated and included if specific selection criteria are met.

If you would like to make contact with the Ex-Students Association, please email the Secretary at exstudents@kws.nsw.edu.au.